SHENZHEN CHINA’S CITY OF THE FUTURE

An experiment that went right, Shenzhen’s ascendance to fame has been meteoric, happening almost overnight. A sprawling urban metropolis, set against a backdrop of creativity and innovation it is today, an incubator for cutting-edge design, a maverick tech hub, a mainstay of next-gen urbanism, and a leading cultural capital.

More than thirty years ago, Shenzhen was just a small fishing village called Baoan County, a group of farming and fishing communities along the Hong Kong border with a total population of a few hundred thousand. Renamed Shenzhen City in 1979, it was designated the first of China’s Special Economic Zones (SEZs) and since then the city has become a high spot of China’s rapid economic growth. The plan was to create an enclave to experiment with market reforms and performance incentives without disturbing the established political and economic system elsewhere in China. The experiment worked in spectacular fashion and is today a bustling city of over 14 million and a poster child of the power of liberal thought and out of the box innovation.
Located in the south of China, of strategic importance as the link between Hong Kong and Mainland China, Shenzhen is home to some of the most modern buildings in the world. A gamut of contemporary buildings, such as the 600m-tall skyscraper Ping An International Finance Centre, and the 442m tall KK 100, stand guard over the buzz of modern city life. Although the Shenzhen area is largely industrial, it offers many tourist attractions, such as the Chinese Folk Culture Village, Safari Park, and beach resorts. Perhaps one of the most frequented tourist attractions is Window of the World, which offers replicas of the Eiffel tower, the Pyramids, and Taj Mahal. The city is also known for its shopping destinations, including Luohu Commercial City, a massive mall with a vast and interesting array of goods that range from custom clothing to faux designer bags.

A 2010 study conducted by Forbes magazine ranks Shenzhen‘s population density as the 5th highest in the world and the highest per capita GDP in China, pulling in an impressive USD13,581 in 2009. In 2016, Shenzhen’s GDP totalled USD294 billion, putting it on par with a mid-sized Chinese province by terms of total GDP. Its total economic output is higher than that of Portugal, the Republic of Ireland, and Vietnam. Its per-capita GDP was $51,185 (unregistered migrant population not counted) as of 2016, on par with some of the developed countries of the OECD. Given the affluence of many privately held companies in Shenzhen, it is highly likely that the GDP figure is in fact understated. A walk around Shenzhen ‘s verdant suburbs will quickly allay any doubts as to the wealth in the city. At an average of $727 per square foot, real estate prices are higher than anywhere in the U.S.; the city will also soon be home to the world’s fourth-largest skyscraper.
Although not as frequented by international tourists, Shenzhen is a popular destination for Chinese domestic tourists, originally attracted by its famous theme parks. With the city becoming increasingly well known, people are drawn by Shenzhen’s architecture, shopping, restaurants, active art and culture scene. Shenzhen‘s beaches also have become famous throughout China. In 2006, the Dapeng Peninsula, the location of Shenzhen‘s best beaches, was nominated by the China National Geographic Magazine as one of the most beautiful coastlines in China. Visitors are also starting to recognize some fascinating historical sites, particularly those related to the Hakka culture and Hong Kong’s annexation after the Opium Wars, which are scattered throughout the suburban area.

Enjoying special economic policies and flexible government measures after being designated a Special Economic Zone, Shenzhen transformed from a world factory of light consumer goods to become one of the major innovation and technology hubs of China. It was named the most competitive city in China in 2016 according to the Chinese Academy of Social Sciences.
The industrial sector still acts as a significant support to Shenzhen’s economy, accounting for 39% of the GDP in 2015, with telecommunications, computers manufacturing and electronics being its major industries.
As a service-oriented economy, services account for 59% of Shenzhen’s GDP in 2015 and with a number of modern container ports dotting the coast, its logistics sector is one of the most developed in China. The city also has a thriving retail and wholesale sector, and financial sector that contributed 20% and 24% to Shenzhen’s total service sector respectively. Additionally, it serves as the headquarters to a number of domestic financial institutions, including China Merchants Bank and Ping An Insurance.
A designated national hub in MOFCOM’s development plan (2015-2020) of distributive trade and logistics, it has a well-established air, land and water transportation network. Shenzhen Bao’an International Airport offers regular domestic and international flights to connect Shenzhen with over 103 major cities in the world. Shenzhen Station is the destination of railway routes from Beijing, Shanghai and major cities in China. Shenzhen Port, the second-largest port in China in terms of container throughput, provides excellent cargo services to the world.
Qianhai and Shekou which are just across the sea from Hong Kong, are part of the Guangdong Free Trade Zone, act as a pilot demonstration base for China’s financial sector liberalisation.

Shenzhen’s main claim to fame however, is as a showcase for the government’s move from “Made in China” to “Designed in China” — a program to rebrand the country as a hub of new concepts and inventions. Today, the majority of all consumer appliances sold worldwide are assembled in Shenzhen and the surrounding Guangdong Province. The area has also developed an international reputation as a magnet for technology entrepreneurs, and has been designated as one of the world’s start-up hubs of the future by Inc. magazine.
The $3 trillion Shenzhen Exchange is devoted to high-growth tech startups and at last count, some 8,000 tech companies have set up shop in the city, including Internet giant Tencent and telecommunications innovators ZTE and Huawei Technologies, as well as DJI, the world’s largest drone maker. BGI-formerly the Beijing Genomics Institute, the world’s largest genetics research center, located here, provides rapid DNA data downloadable anywhere in the world via Amazon Cloud Services. Shenzhen-based lighting company LEDSFilm is manufacturing the smallest and brightest studio and entertainment lights in the world.
To foster friendship and understanding and to encourage trade and tourism, and form strategic international business links, Shenzhen has been very active in cultivating sister city relationships. In October 1989, Shenzhen Mayor Li Hao and a delegation traveled to Houston to attend the signing ceremony establishing a sister city relationship between Houston and Shenzhen.  Houston became the first sister city of Shenzhen. Up to 2015, Shenzhen has established sister city relationships with 25 cities in the world. 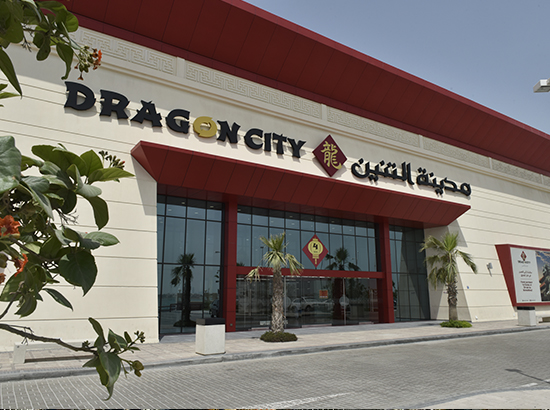